“We definitely have a reputation when we show up at these tournaments. We’re deemed a school you have to look out for,” said Ben Bartels, Mediation Team coach, assistant professor of criminal justice, and pre-law advisor at UD.

Two UD teams competed in the tournament. The team of Amanda Downing (C’19), a psychology and criminal justice major from Freeport, Illinois; Noah Hoskins (C’ 19), a philosophy major from Cedar Rapids, Iowa; and Marissa Joers (C’19), a business major from Racine, Wisconsin, tied for first place in the nation in the Mediator Team category with Boston University. The UD team also placed ninth in the Advocate/Client Team category. Each team member earned an All-American distinction.

“We worked harder than we did the year before and dedicated more time to practice and training,” Joers said. “Listening to them announce the results from fourth place to first in the final round was so nerve-wracking, since you were hoping and wishing that you wouldn’t hear your team called until the last spot. When they announced second place and we were the only team left from the finals to not get placed yet, we went crazy. The adrenaline kicked in, and we were all hugging and high-fiving and smiling.”

“When they announced first place, it took a couple of seconds for me to realize that they had said my name. I’m still trying to wrap my head around the whole thing,” Downing said.

The International Academy of Dispute Resolution sponsors the undergraduate tournament in November to give students a real-life experience as mediator, attorney, and client. Three students make up a team, and each student must participate as mediator in one of three preliminary rounds.

“We got the cases for nationals about two weeks before the tournament,” Downing said. “Typically to prepare for mediation tournaments, we work together to read through the cases and make fact sheets with answers to all the questions they will ask us during the round. We also do any research that we need to understand the case and try to come up with some creative solutions and initial offers.”

UD competed against 24 of the best pre-law programs and mediation law teams in the nation, and UD’s placement for the 2016 tournament tops prior national tour accomplishments. In 2015, UD’s Mediation Team members placed second and fourth in the Team Advocate/Client category, placed second in the Team Mediator category, and received numerous other awards.

“We cannot thank the school enough for their support and kind words towards the program,” Joers said. “Professor Bartels has been a phenomenal coach, professor, and support system over the last few stressful months of preparation.” 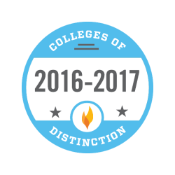