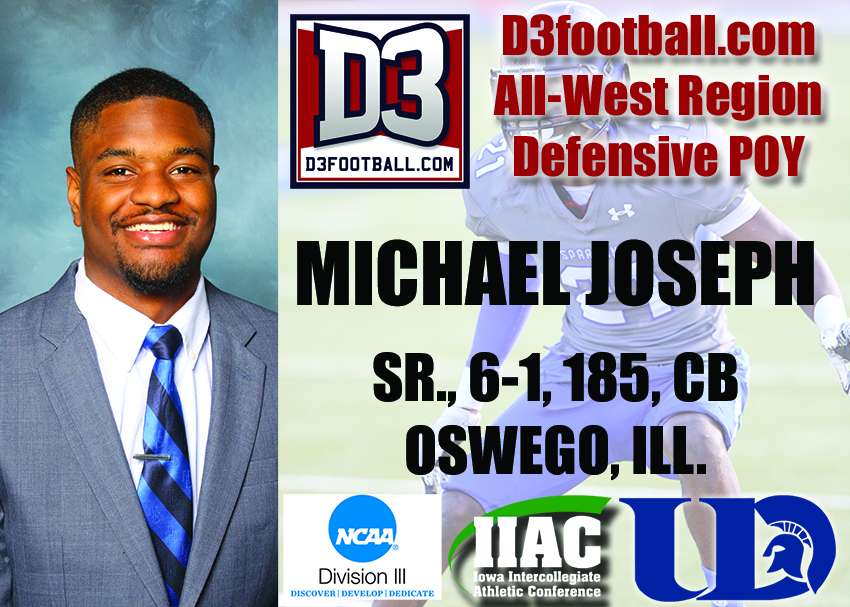 Joseph, a native of Oswego, Illinois, was named to the first team after picking up Iowa Defensive Player of the Year and First Team All-Iowa Conference honors. He led the Iowa Conference and was second in NCAA Division III with eight interceptions, while also collecting 56 total tackles. He was the only Division III player to be invited to the Reeses Senior Bowl

Joseph is the first Spartan in program history to earn All-West Region Defensive Player of the Year.

The 69th Annual Reese’s Senior Bowl will be played on January 27th, 2018 in Mobile, Ala. at Ladd-Peebles Stadium at 1:30 p.m. (CST). NFL Network will broadcast practice recaps and highlights, as well as the game.