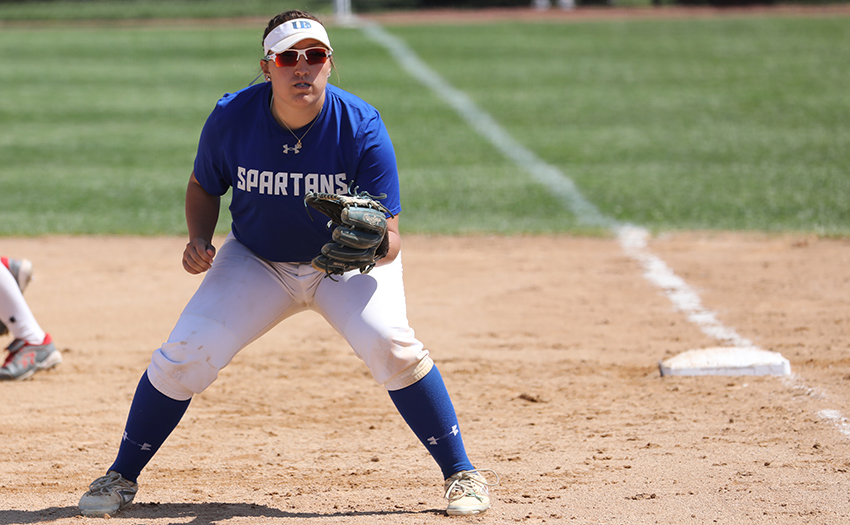 PELLA, Iowa - The University of Dubuque softball have enjoyed one of their best seasons in school history in 2019 which included qualifying for the American Rovers Conference Tournament for the first time since 2015. Saturday the Spartans faced the #1-seeded host Central College Dutch (#22 in the nation), but would fall short by a 2-8 final score. UD fell behind quickly after the Dutch scored six runs in the bottom of the first inning. UD sliced into the lead at the top of the fourth inning when then scored two runs on one hit and a Central error. The Dutch would score two of their own in the bottom of the inning to once again extend the lead to six runs when they scored two runs on one hit and a Spartans error. The final three inings UD's offense was held to just one hit.